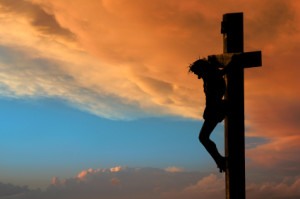 I think this is one of the passages that one really needs to read the whole passage to get the point.  Yes, the title is frightening, but don’t forget that Jesus came 🙂
But I also think the point of the passage is that we are responsible for only our own selves.  There are no grandchildren in Heaven (as the saying goes).
We must, each one of us, find our way to the Lord.
For each of us will either receive Christ’s Mercy or God’s Justice.  It’s up to us, but we each have to choose 🙂
Ezekiel 18

18 The word of the Lord came to me: 2 “What do you people mean by quoting this proverb about the land of Israel:

“‘The parents eat sour grapes,
and the children’s teeth are set on edge’?

3 “As surely as I live, declares the Sovereign Lord, you will no longer quote this proverb in Israel. 4 For everyone belongs to me, the parent as well as the child—both alike belong to me. The one who sins is the one who will die.

5 “Suppose there is a righteous man
who does what is just and right.
6 He does not eat at the mountain shrines
or look to the idols of Israel.
He does not defile his neighbor’s wife
or have sexual relations with a woman during her period.
7 He does not oppress anyone,
but returns what he took in pledge for a loan.
He does not commit robbery
but gives his food to the hungry
and provides clothing for the naked.
8 He does not lend to them at interest
or take a profit from them.
He withholds his hand from doing wrong
and judges fairly between two parties.
9 He follows my decrees
and faithfully keeps my laws.
That man is righteous;
he will surely live,
declares the Sovereign Lord.

10 “Suppose he has a violent son, who sheds blood or does any of these other things[a] 11 (though the father has done none of them):

“He eats at the mountain shrines.
He defiles his neighbor’s wife.
12 He oppresses the poor and needy.
He commits robbery.
He does not return what he took in pledge.
He looks to the idols.
He does detestable things.
13 He lends at interest and takes a profit.

Will such a man live? He will not! Because he has done all these detestable things, he is to be put to death; his blood will be on his own head.

14 “But suppose this son has a son who sees all the sins his father commits, and though he sees them, he does not do such things:

15 “He does not eat at the mountain shrines
or look to the idols of Israel.
He does not defile his neighbor’s wife.
16 He does not oppress anyone
or require a pledge for a loan.
He does not commit robbery
but gives his food to the hungry
and provides clothing for the naked.
17 He withholds his hand from mistreating the poor
and takes no interest or profit from them.
He keeps my laws and follows my decrees.

He will not die for his father’s sin; he will surely live. 18 But his father will die for his own sin, because he practiced extortion, robbed his brother and did what was wrong among his people.

21 “But if a wicked person turns away from all the sins they have committed and keeps all my decrees and does what is just and right, that person will surely live; they will not die. 22 None of the offenses they have committed will be remembered against them. Because of the righteous things they have done, they will live. 23 Do I take any pleasure in the death of the wicked? declares the Sovereign Lord. Rather, am I not pleased when they turn from their ways and live?

24 “But if a righteous person turns from their righteousness and commits sin and does the same detestable things the wicked person does, will they live? None of the righteous things that person has done will be remembered. Because of the unfaithfulness they are guilty of and because of the sins they have committed, they will die.

30 “Therefore, you Israelites, I will judge each of you according to your own ways, declares the Sovereign Lord. Repent! Turn away from all your offenses; then sin will not be your downfall. 31 Rid yourselves of all the offenses you have committed, and get a new heart and a new spirit. Why will you die, people of Israel? 32 For I take no pleasure in the death of anyone, declares the Sovereign Lord. Repent and live!