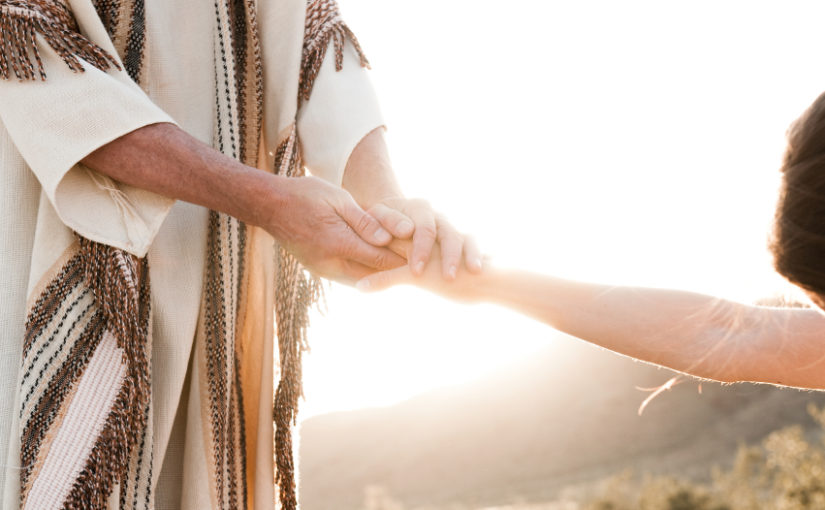 There is truly nothing we can do that Jesus can not forgive. Just ask Him. As for God, He doesn’t even see our wrongs, because Jesus already paid the price for them.  And as for the Holy Spirit, He is here to be our Comforter and Friend, there is nothing He will not forgive either.

So if there is a wrong-doing of some type or something holding you back from our Lord, don’t let it.  Jesus loves us just as we are.  We don’t have to wait until we are “good enough” or until we “figure it all out”.  Just call on His Name-Jesus.  And He will come, because He loves you.  He’s got you.  Let Him.  And if you have to start over every single day, then do so.  For each day is new.  And it’s yours.

Jesus is worthy of your Trust.  I promise.

You Are Forgiven and Free Forever!

ABOUT THERESA Happily married to Bill for over 30 years and Mom of two amazing children. Co-Founder and Past Director of Moms For Ohio, Theresa led the passage of legislation for the Ohio, and one of America's first license plates that says "One Nation Under God", in honor of God's place in our country and our country's history. One of the only known specialty license plate efforts that raised absolutely NO money for any group or individual, the license plate effort was simply about doing what Americans have always done best, standing up for what is right. Theresa has also testified before numerous House & Senate Committees in support of pro-family legislation including a bill to require all Ohio public schools to post donated copies of posters that say "With God All Things Are Possible" and "In God We Trust" in Ohio schools. Thousands of posters have since been donated to schools across Ohio. Partial List of Efforts Supported By Members of Moms For Ohio: One Nation Under God Specialty License Plate, first in the country, only one not to raise money for a cause or group “In God We Trust” & “With God All Things Are Possible” posters in Ohio schools School Choice For Inner City & Failing Schools Jessica’s Law Community Defense Act Local Child Safety Laws Internet Safety Laws Local Economic Development Issues Support for Local & State Police Officers Smoke Free Ohio Free Public Records Seminars Free Media Relations Seminars Ohio Marriage Amendment A website with millions of hits which over 70 countries now visit Support & Endorsement of Local & State Candidates. The vast majority of which won their races. Public Service Awards Programs recognizing elected officials, teachers, non-profits and police officers for their service to state and local communities. National, state and local TV, radio and newspaper interviews supporting both God’s place in our country and in our country's history. Recognizing that there is good in all people and that God loves every single human being and calls on us to do the same, members of Moms for Ohio enjoyed working with families and legislators throughout the state, regardless of which side of the aisle they stood on, which religion, race, or walk of life they came from. A voice for families throughout the state, members of Moms for Ohio shared one common goal, a desire to give their children a life anchored by faith and family and lighted by their hopes and dreams for the future. And a willingness to work together to ensure that the traditions and values that built this great country, family, faith, and freedom, would live on for their children, and their childrens' children. No member of Moms for Ohio was ever paid. All were volunteers. FAVORITE QUOTES • "Our hope is in the power of God working through the hearts of people. That's where our hope is in this country, and that's where our hope is in life." -Chuck Colson "If we are not "One Nation Under God", we will be one nation gone under" -President Ronald Reagan "Favorite Quote: ""Freedom is never more than one generation away from extinction. We didn't pass it to our children in the bloodstream. It must be fought for, protected, and handed on for them to do the same." -President Ronald Reagan View all posts by Theresa